Today we searched for a mountain. To be more exact, we searched for a specific part of the path near the Am Bodach peak on the Aonach Eagach ridge. This was one of our first views of Scotland growing up. It was home to the scene in Braveheart where Mel Gibson runs across the mountain and looks all around him. Ambitious, we knew, but others had done it, so we wanted to try.

At the end, I will give you my tips for finding it yourself.

“Hill walking” in Scotland is very different than hiking in the US. For his particular walk, no signage at the bottom of the trail, no trail really even at some points. It truly was so many people just picked this way to get up to the top that is was worn down. In some places there was more than one branch of the path. 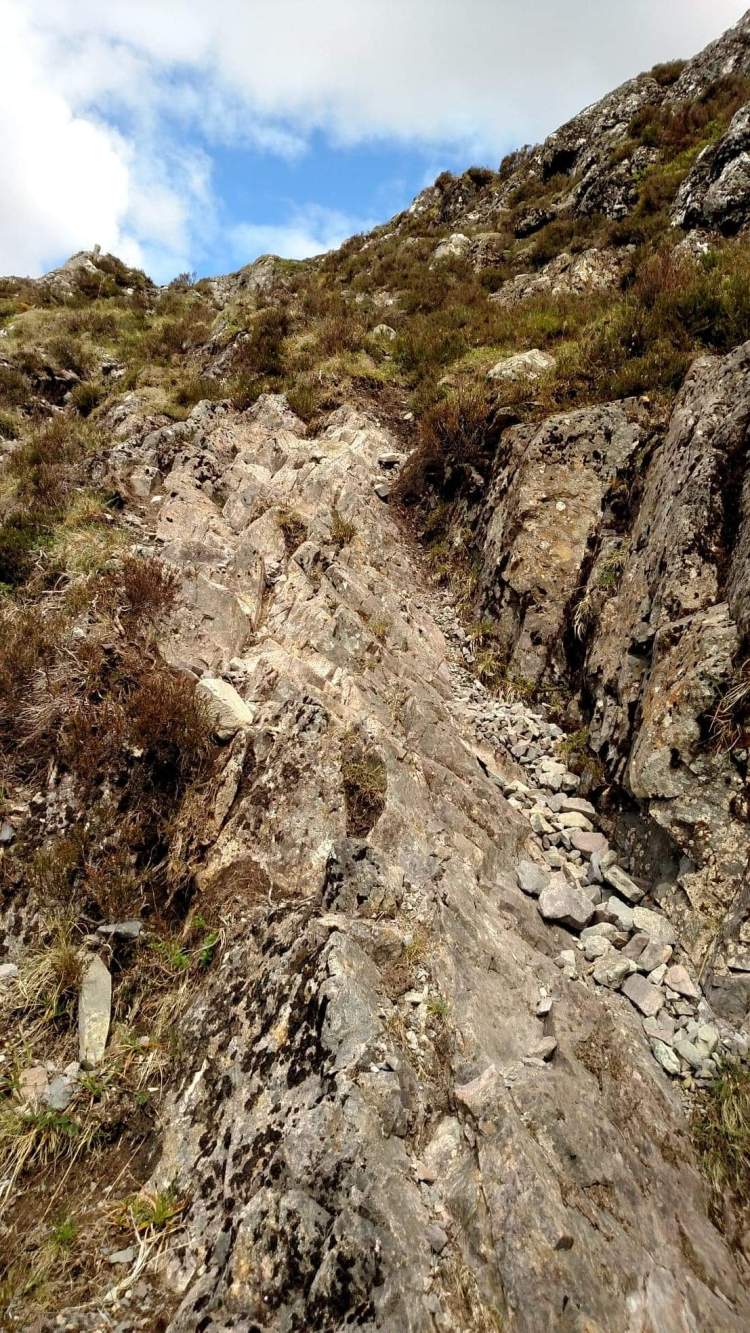 If you want to do any hiking at all, this website is essential. This is the direct link to this particular hike.

We somehow ended up on the very direct path, which was straight up the side of the mountain in some places, straight up rock faces in others and blessed flatter places that zig zagged their way up. 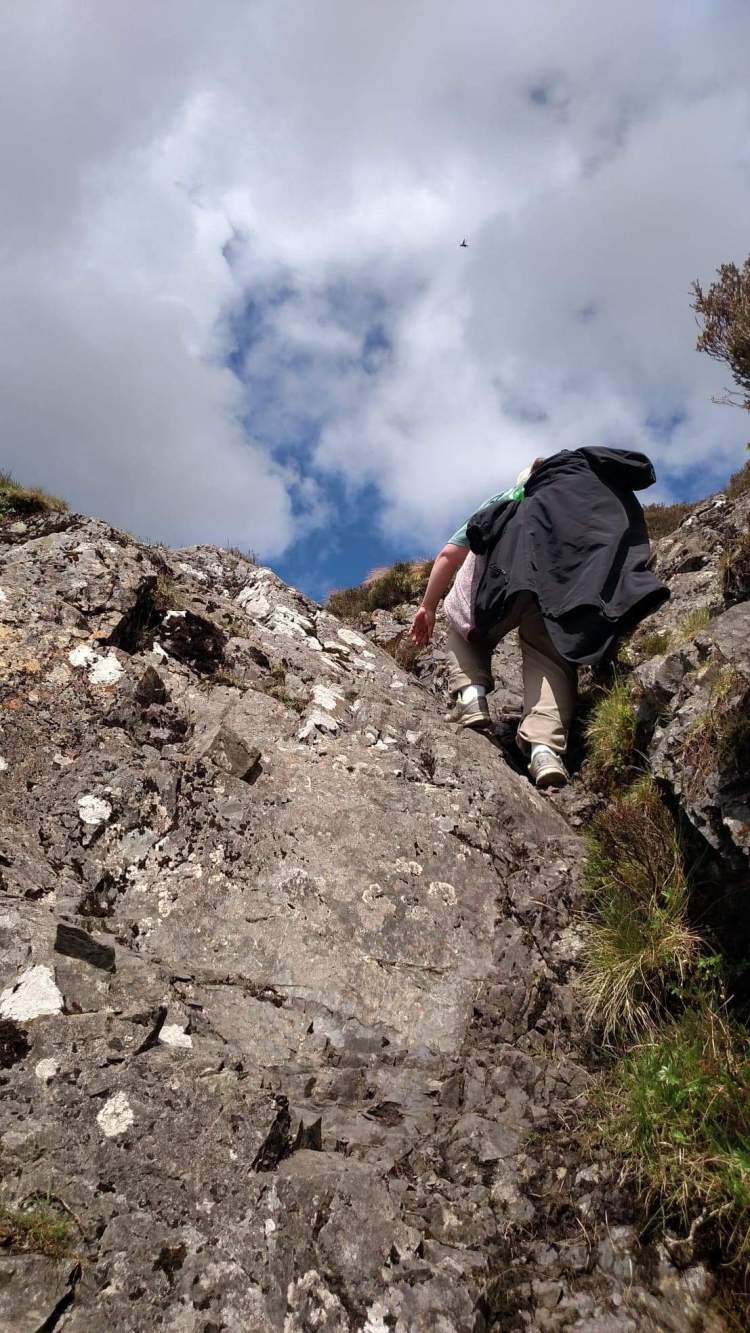 We took our time and stopped often, taking in views of the famous Three sisters of Glencoe. We were also rewarded with views of herds of deer and family groups of mountain goats trying their best to avoid groups of hikers. We pretty much had the hike to ourselves. We only encountered two groups on our path. It was a tough hike for us, being in the shape that we are in, but I would say it was a pretty difficult ascent for anyone based on the websit rating, especially for those not used to “scrambling” (climbing up and down rock). 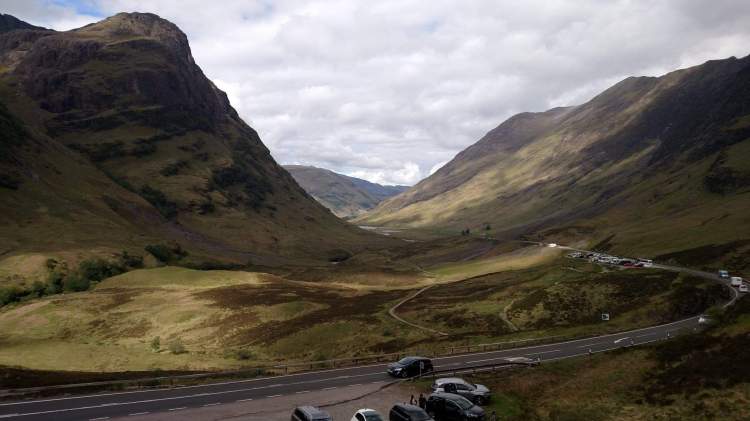 Many times we thought about stopping, but we pressed on to summit. Even if we didn’t make it to Braveheart parts, we were so close to bagging a munro. 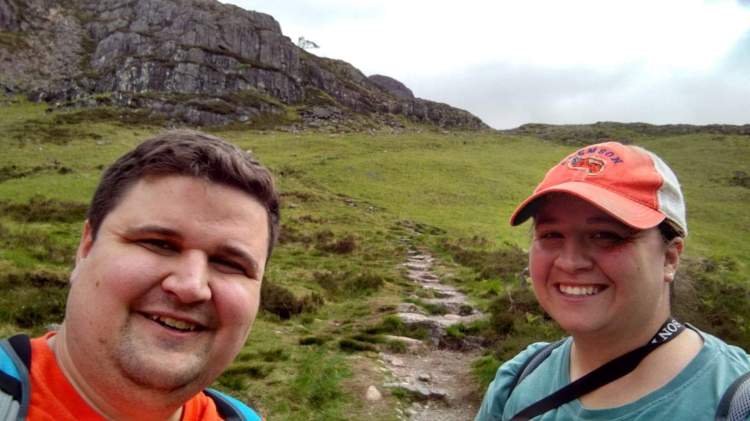 When we got to the end of our path, we scrambled up the rock and over the top.

Words can’t describe the beauty on the top. Pictures can’t really either. You are just surrounded by mountain peaks and lochs as far as the eye can see in good weather.

Worn out as we were, we didn’t want to venture very far. We sang Flower of Scotland at the cairn on the summit. As I took in the views, Ben decided to walk to the next little peak. From there he saw the point where Mel Gibson stands and the helicopter does a 360 view around him.

The conversation went something like this (and sound carried really far up there). “You can stay and take my picture, but I am going a little further. *hums Braveheart music*” “Ok.” “I found it!” “Really?! Are you sure?!” “Yes, come look!”

Without a doubt, we knew where we were. It was epic enough that I overcame a very narrow path (see below) and a terrible sense of “the wind is going to blow me off this mountain” to also stand in the same place.

The journey down was easier and much much quicker. At this point our bodies were already trying to go into recovery, so big quick steps helped lesson the aches and pains. In some places we were actually jogging. The direct path is kinder to your body going down. It was harrowing going up, but pretty fun going down.

Being in a celebratory mood, we continued to sing our way down the mountain. We were never happier to crawl into our car once we made it to the small car park in the side of the busy tourist route. The stairs at the hotel were brutal, but dinner was delicious and worth the trip up to shower and down for the yummy local fare that our hotel restaurant prepared for us. We had local muscles and salmon from the loch we could see out of the dining room windows as starters, Ben had lamb and I had beef. Dinner was followed by traditional pudding and an ice cream sundae. It was a pretty epic day, we think Mel Gibson would approve. 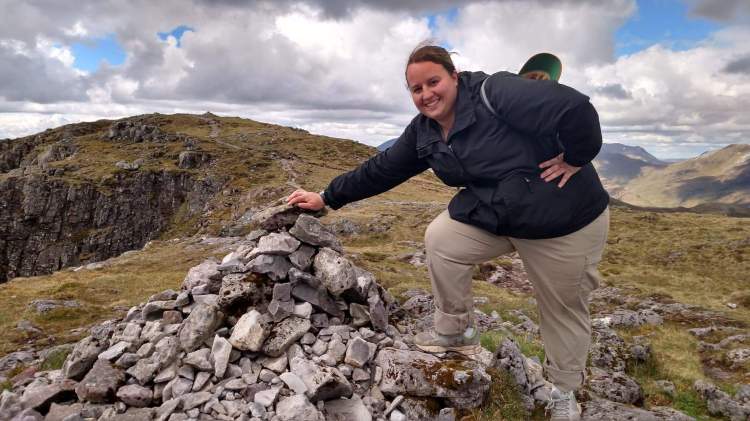 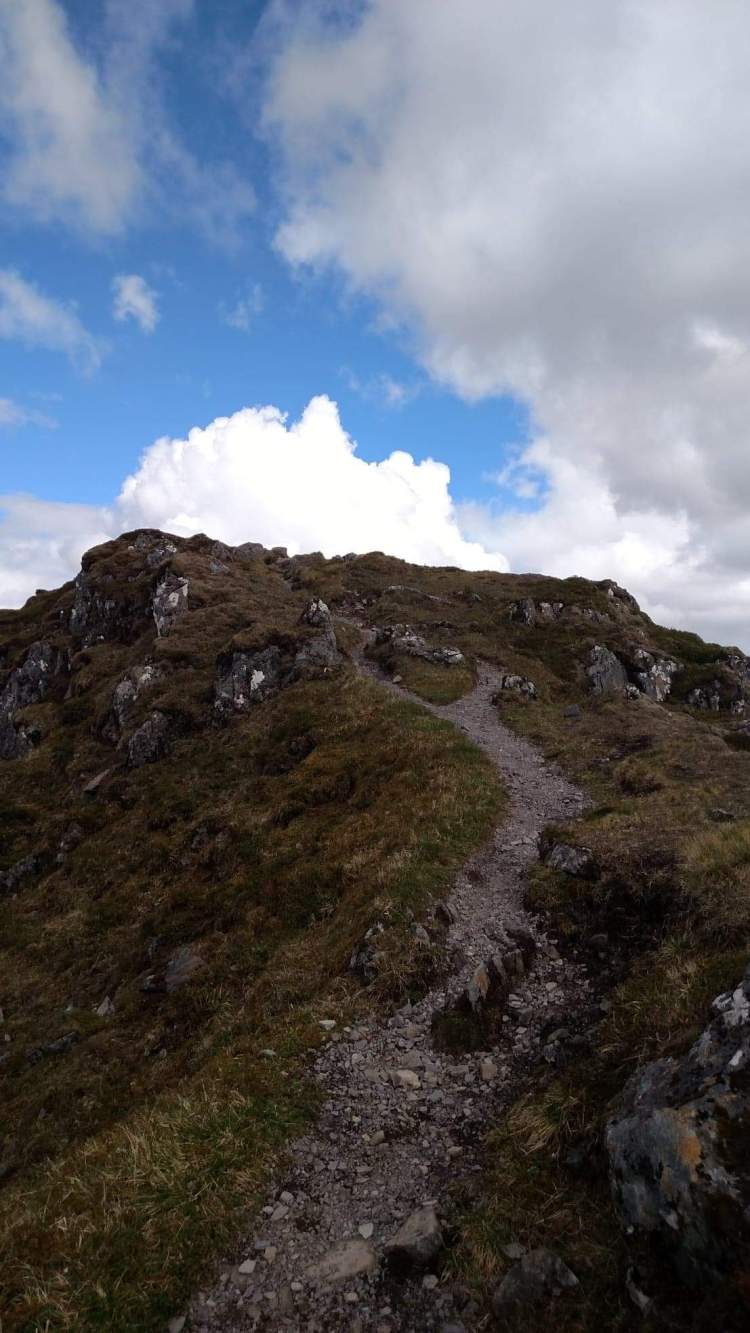 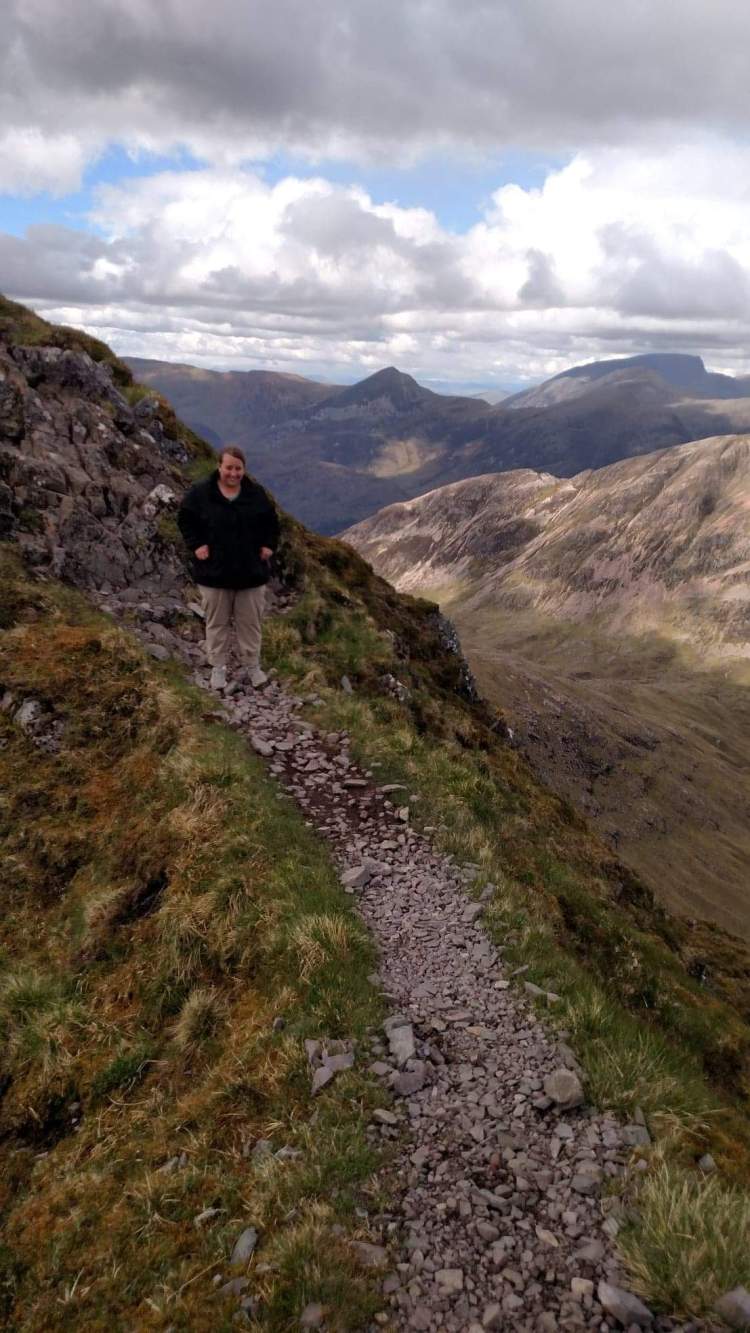 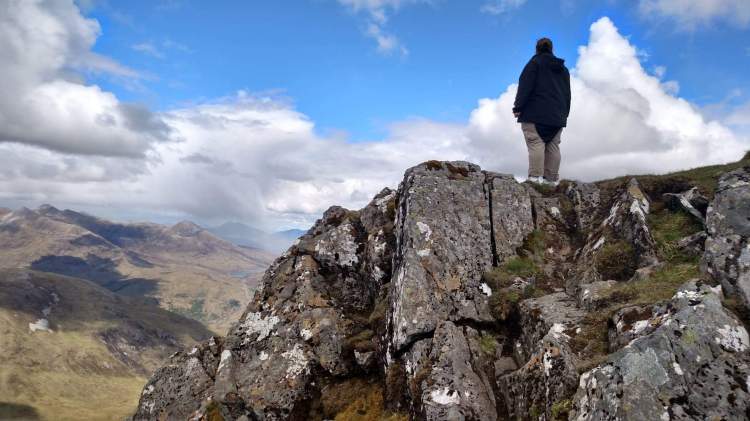